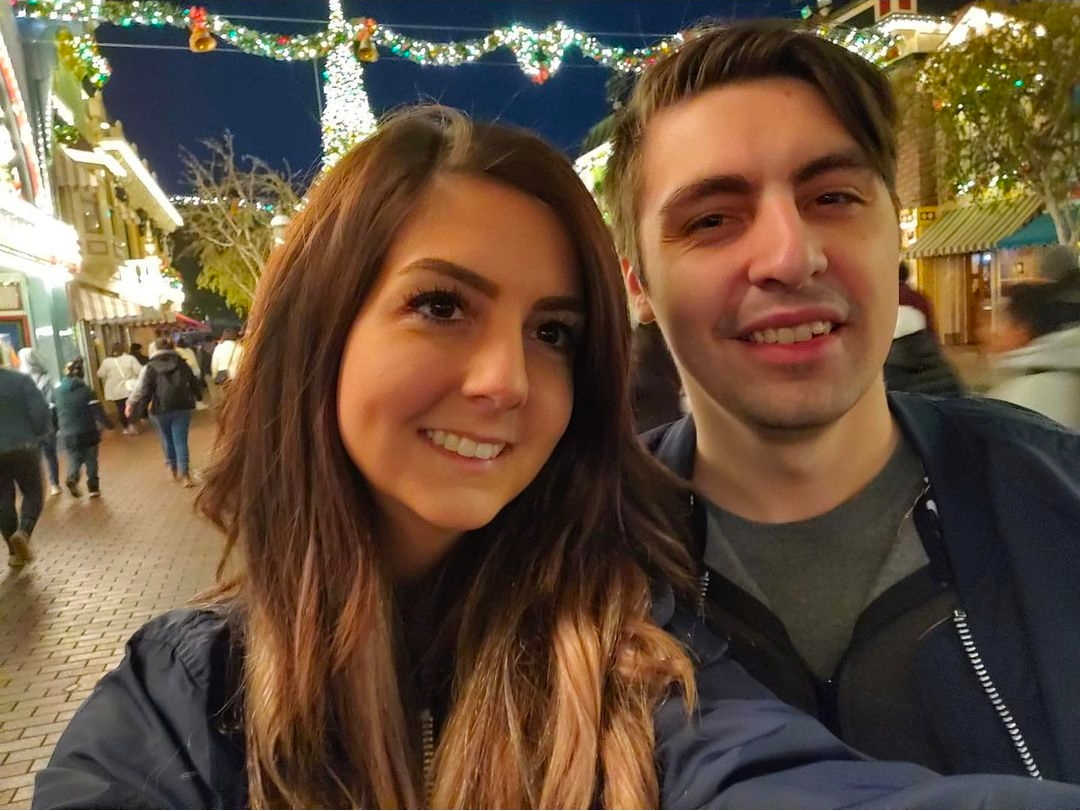 Shroud with his girlfriend

If you have been a passionate gamer and takes quite a good amount of interest about what happens in the industry, I am pretty sure that you might have heard about Shroud so far! Indeed, he is one of the best gamers that the world could have ever seen! Recently, there has been a lot of buzz about the player’s present girlfriend, and today we are gonna reveal all the deep secrets of Shroud’s past relationship, as well as, introduce you to his present GF. Read on… 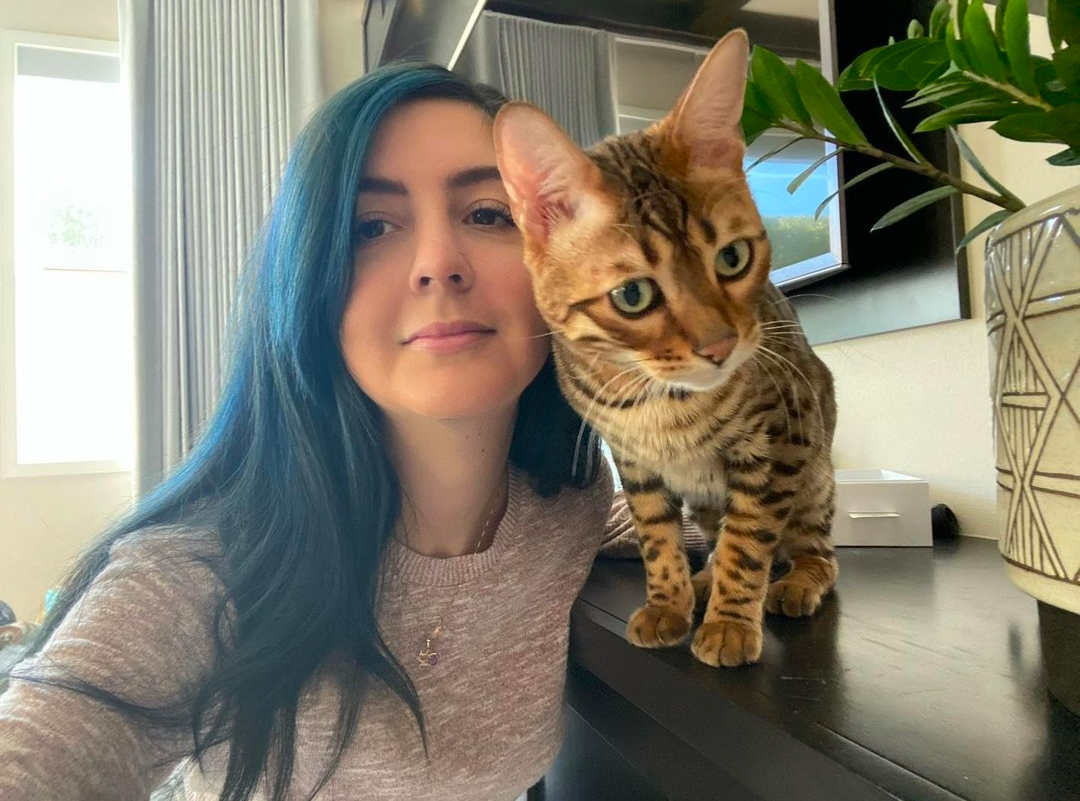 Everyone knew that Shroud isn’t going to stay single for long, and that’s when he actually started mingling with Hannah Kennedy. Indeed, there is no doubt about her beauty and she just rocked her look wherever she went! Nonetheless, it isn’t only about her beauty that attracted him so much. She is a really successful streamer who has received a sponsorship from Logitech Plus, and since then, she has been doing really awesome. 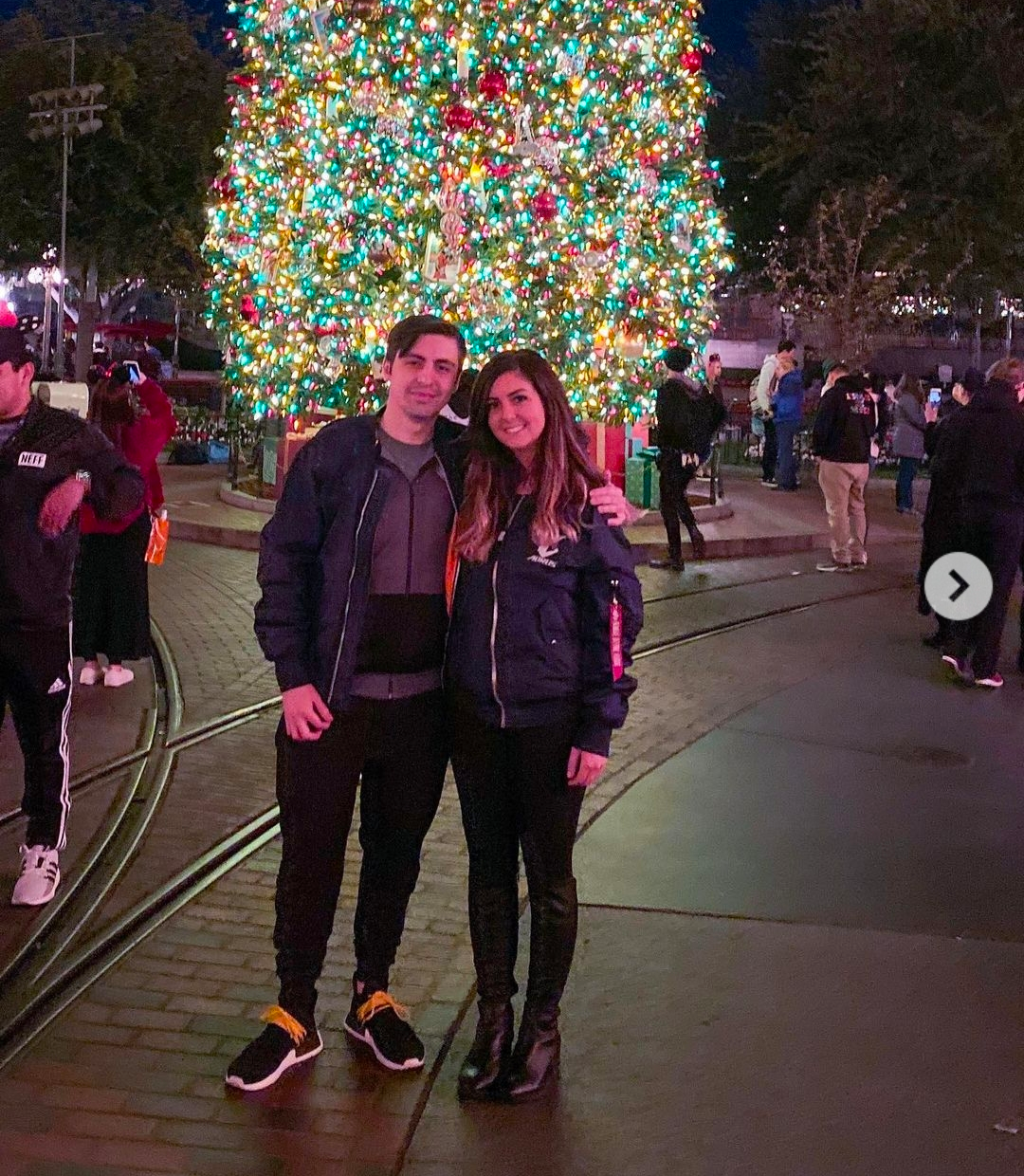 Also, it is quite evident that Bnans is too much cooperative with Shroud when his gaming obsessions go overloaded. Going a bit back, it was when WoW Classic actually stole all his attention for somewhat more than 12 hours a day then in the month of September that Bnans interfaced with Shroud’s fans during the long break. 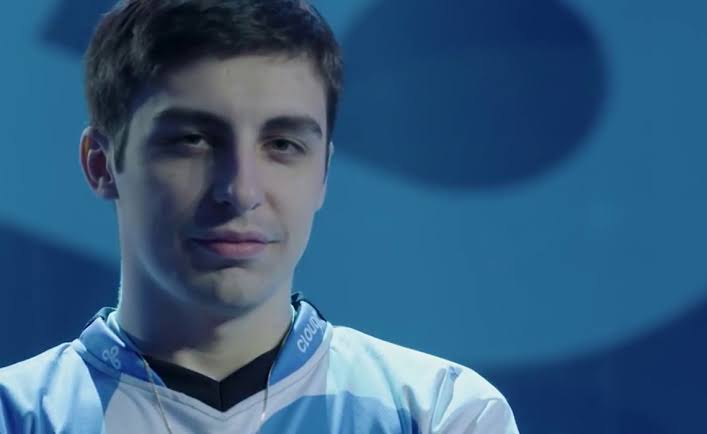 Before we dive deep into Shroud’s relationship, let us just go through a brief about this popular young ma .

Michael Grzesiek, is popularly known by the name, “Shroud,” wherein this guy is a half Polish and a half Canadian kinda person.

He actually took a retirement from the game, which is otherwise regarded as the Counter Strike – global offensive, after he had achieved a good amount of name and fame with the Cloud 9 team. Post his retirement from the CS-Go, he went ahead to pursue YouTube on a full time basis.

Apart from his huge success in the gaming industry, she also made a space in the news because of his gorgeous girlfriends. Yeah, you heard that right!

Although Shroud seems to talk less about his love life on the social media, and thus, appears to be a bit shy talking about such things on the public forum; there’s a lot of gossip about his relationships.

Who is Shroud’s girlfriend?

Jessica Rago and Shroud parted their ways, but they didn’t reveal the reason behind the same. From one of Jessica’s post, it was clear that they didn’t separate with any kind of hard feelings, and sometime after, Shroud started dating Hannah. 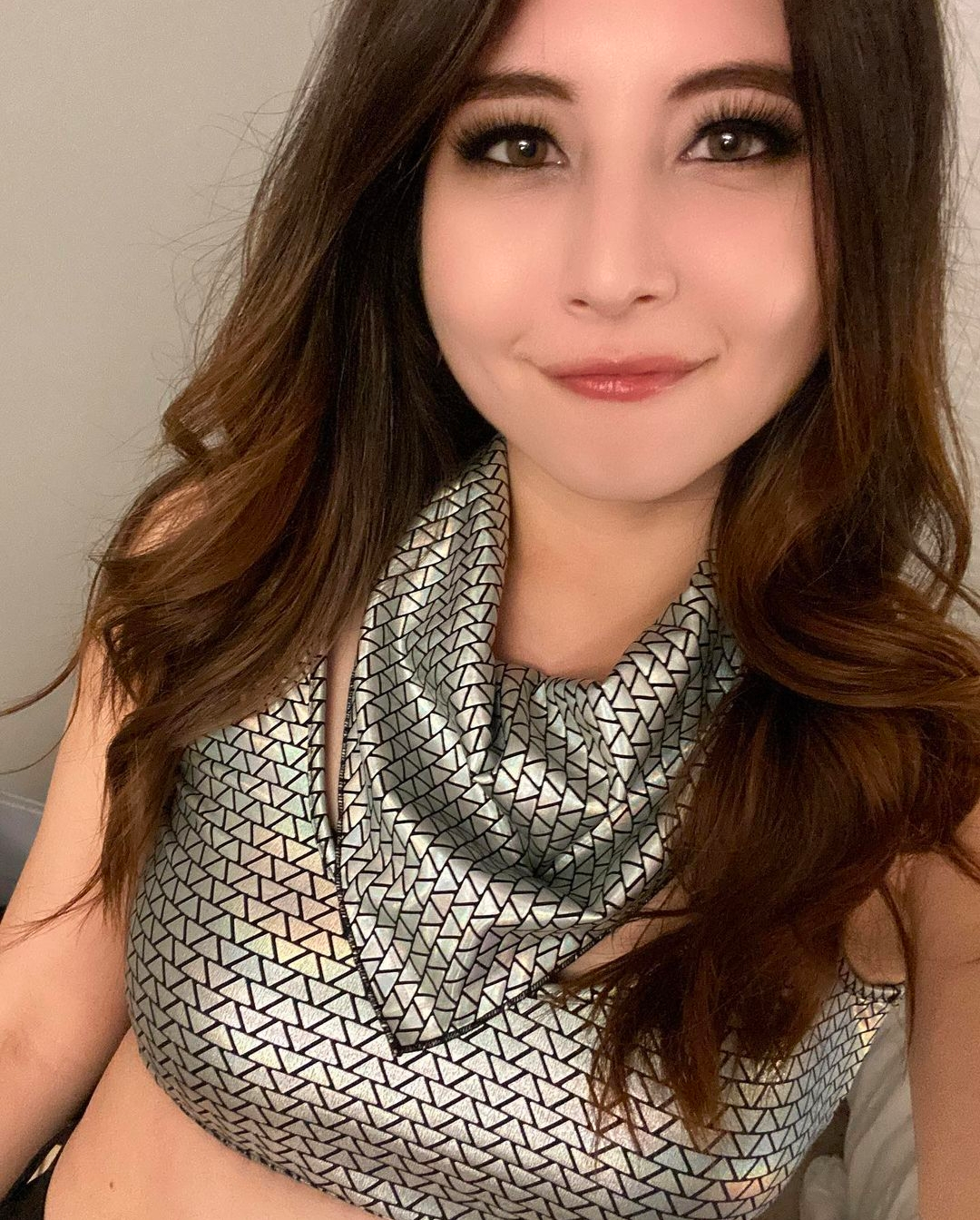 The current Shroud Girlfriend, or Hannah Kenedy is well known among her fans by the Twitch name of “Bnans.” 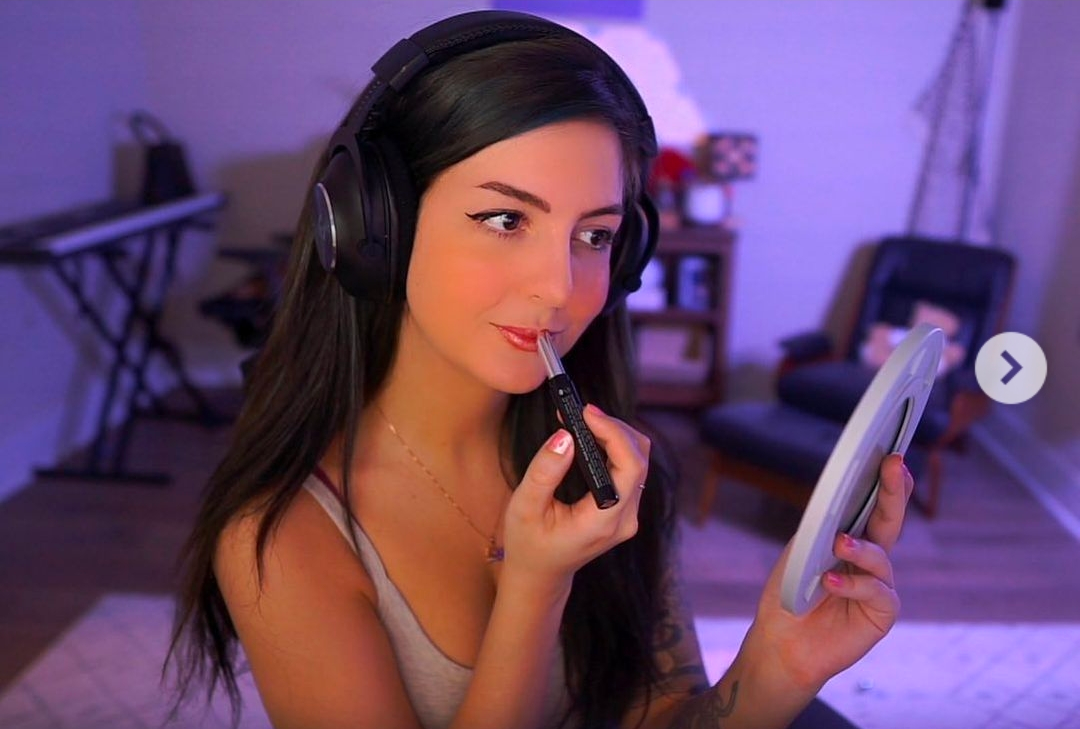 She is an American streamer and gamer who is very much in the minds of the gamers. You might be wondering how did she get such a nickname, right? Well, she got this name ever since she has been a kid. Her family named her “Banana,” due to her immense cuteness while she was a kid. However, this name was shortened to “Bnans,” since she went into her teens.

Who was Shroud’s ex-girlfriend?

Bnans originally came into Shroud’s life in April, 2019 prior to which he used to be happy in a relationship with another girl named Jessica Rago. However, they broke up in the month of January 2019 and that raged a questionnaire in the minds of the fans. Everyone seemed to be too curious and bothered about what happened to their adorable pup, Troy. However, the fans have just witnessed the pup with Shroud in only one of the episodes.

I am sure that you might now be interested to know more about Jessica. Well, in that case, let me tell you that Jessica is basically a half Korean and one quarter Italian with another quarter Irish mix. Rago had even said that her dad used to be in the US Air Force, and thus, she also got the privilege to move around the world across several places. Whatsoever, she came back to the States back while she was only 12 years old.

What has been Jessica Rago’s identity apart from being Shroud’s ex-girlfriend?

Ahh, this question might have been running through a lot of your minds, isn’t it? Well, Rago had actually contemplated a 4 years certification course in Linguistics from the University of Georgia and then she went to the Soul’s Yonsei University. She then got into the Korean Poly school to instruct English to small kids in the Seoul. She has been teaching since it was around 2012-14.

Then, she finally came back to the United States with the point of moving in Georgia along with her family in the year 2015.

Apart from this, Rago was a chipped-in writer as well as a translator for OGN – an organisation that deals in eSports creation. She even started working in the content management team group of the LolPro. Jessica Rago then got through 3 years at Hyper X – the exceptional gaming frill brand. She thus, became one of the best representatives of the brand till she meets Shroud.

What made Shroud and Jessica Rago get separated from each other?

Both Jessica and Shroud had been into the relationship for quite some time, although we aren’t sure about how did they begin dating. No doubt, the two looked just fabulous together. She was seen several times in the gaming recordings along with Shroud. They never disclosed their private affairs in front of the public though! It&#39;s just that Jessica went on saying on the social media that they chose to part in their own lives, and that they differ from each other.

Now, it is a fact that Shroud and Jessica aren’t together anymore, but this popular gamer has tuned up with another star, namely Hannah Kenedy. Certainly, the two look equally gorgeous together!

How did Hannah Kenedy step into the gaming industry? 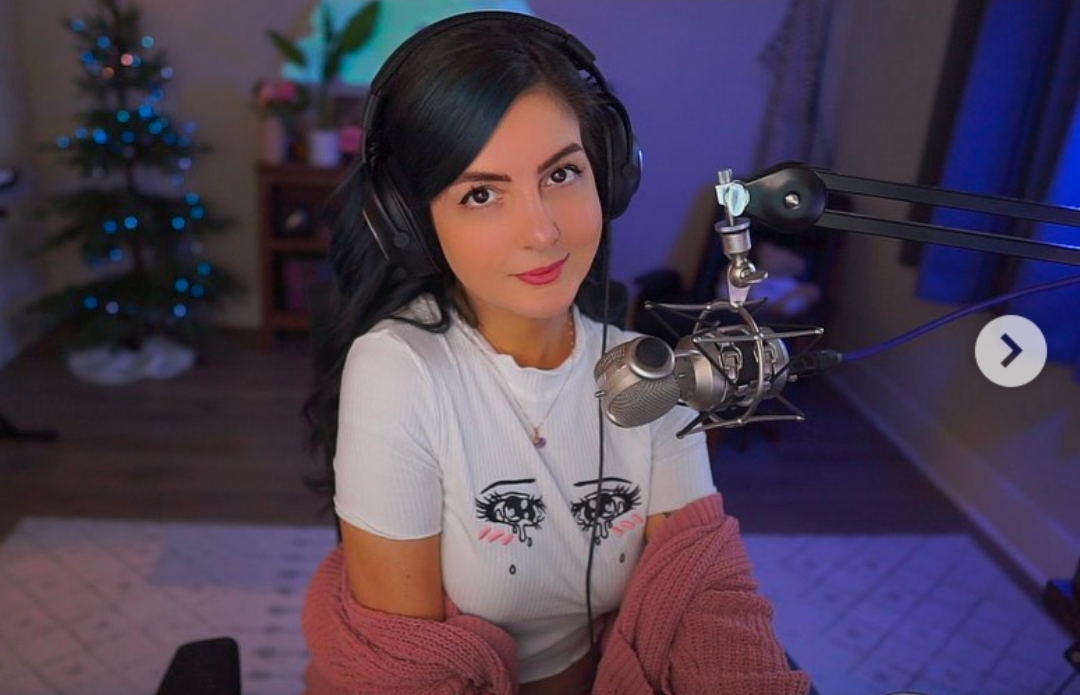 If you go back to know more about the history of Hannah Kenedy, you shall be surprised to know that she is a hardcore gamer and is also a famous streamer on the Twitch.

It was only when this small girl was just 6 years old that she actually started gaming with titles such as the Concentration and the Oregon Trail.

However, that wasn’t just it! She then stepped into this broad gaming industry with an array of games. She continued playing both on the Sega and Nintendo along with the other famous platforms, which altogether made her a brilliant gamer.

You can obviously visit the Shroud Girlfriend twitch channel of Hannah to know more about her gaming skills and find out how passionate she has been regarding it.

How did Bnans and Shroud come together? 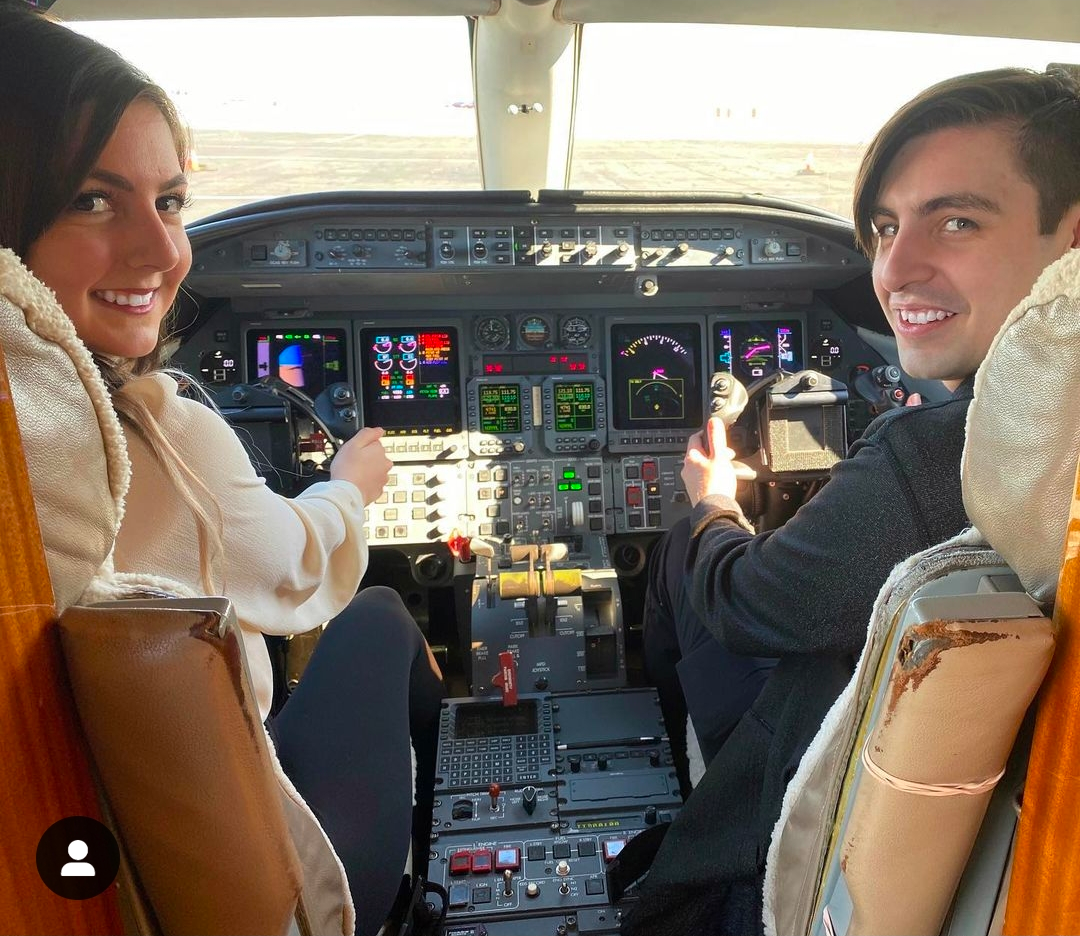 It was back in the year 2019 that the couple finally confirmed that they had been dating each other since a couple of months. Ahh, if you are eager to learn about Jess, the ex-girlfriend of Shroud, let me tell you that it is only when he broke up with her that he did get into this new relationship. Well, it seems as if these two gamers are made for each other. As of now, Bnans did move in with Shroud in the new gaming house, and both of them started appearing together in the live stream.

Is Hannah as successful as Shroud?

Talking about success, they originally belong to different fields, and thus, we won’t be able to quantify it that way. This female streamer, Hannah isn’t as popular as her boyfriend, Shroud. However, she also owns an Instagram account with 87,500 followers and more than 1,00,000 fans on the Twitter.

Talking of Shroud Girlfriend twitch channel, it owns more than 30 lakh views, and has 87,500 followers in total. Considering the total fan following, the account comprises of more than 1.1 crore subscribers across the platforms.

Gaming seems to be an absolute blast when Hannah and Shroud are together
Now that both these gamers have stepped into this new relationship, it is none other than the time that will decide how the two will spend their upcoming days. As of now, they are having a really good time together and thus, they are making a full-time gaming.

It is absolutely visible that gaming looks just like an absolute blast since then. A lot of fans have even been saying that if the two come up together even more frequently on the Twitch, they would just be the dream team, and there’s certainly no doubt on it. Of course, we just have the option to wait and watch, so as to see how this works out!

At present, it seems that Bnans is a decoration to the Twitch channel, and it is through her charming looks that she has been driving everyone crazy.

However, it feels really good to see Hannah and Shroud together and we hope that we would see them in more such streaming episodes from now on!