Best Emulators for PUBG 2023: Are you a PUBG game lover or have a special likeliness for this popular shooting game, then I have good news for you? 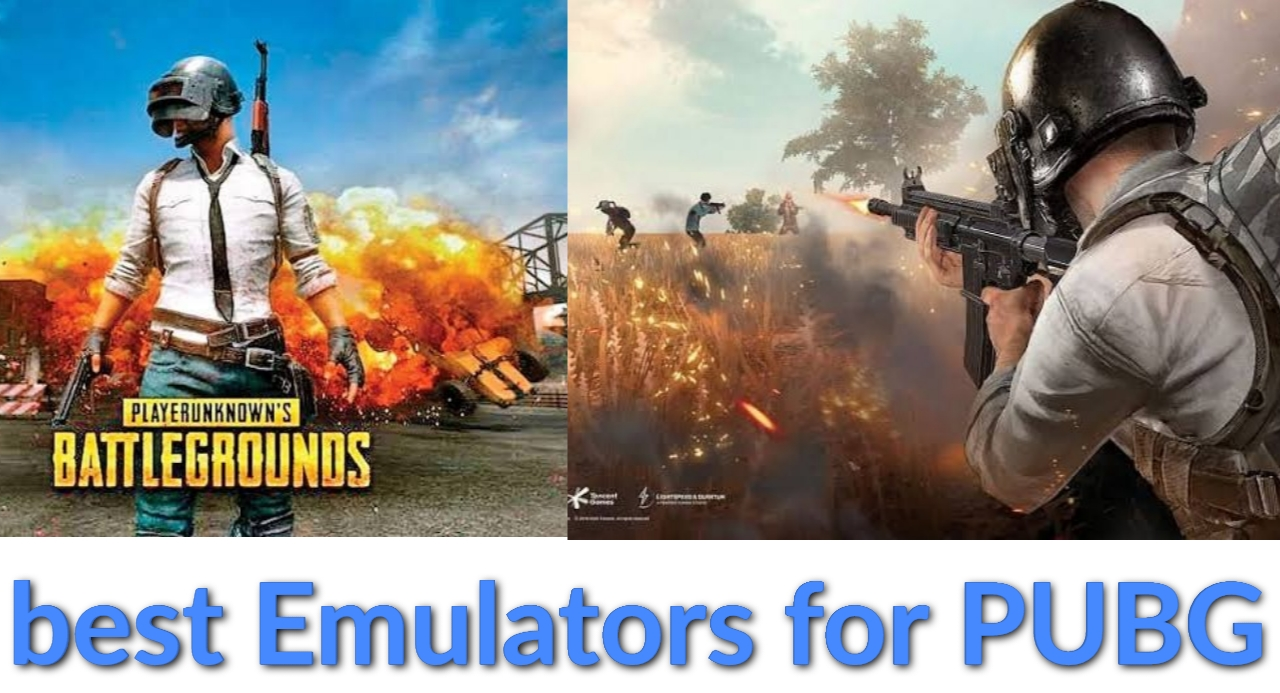 Here I am sharing with you the best emulators for PUBG that allow you to play the game on a PC or a laptop just like the mobile version.

PUBG is undoubtedly one of the most played online shooter games and a highly played game by billions and millions of gamers each day.

The game has developed over years with the efficient mobile version, as the PUBG mobile version is having almost the same features just like the PC version. And one of the biggest disadvantages is the massive phone battery drainage while playing the game.

Therefore, it will be better, for the gamers if they can excite the mobile gameplay on other devices like Windows or Mac.

You may also like: Best PS4 Emulators for Windows PC

So, here in this article, I am sharing with the some of the best emulators that let you play the PUBG mobile version on your PC without spending a single penny.

NOTE – Before we proceed to learn more about the PUBG emulators it is important to know certain things. So below has a look at some point of the warnings that you need to know.

– Well, most of the emulators have some sort of limitations and might not be compatible with high graphics games or 3 rd  party apps.

–  You may install some glitches or technical issues like black screen, game freezing, crashing or launch issue after installing the emulator on your PC.

So, these are the issues that you may encounter any of the below-mentioned emulators for PUBG.

However, you can avoid some of the problems by managing your PC like updating your Windows computer, disable CPU and GPU hogging apps, keeping your PC clean by performing clean boot on your Windows PC.

These quick tweaks will help you to lessen the chances of facing issues when playing the PUBG mobile game on PC.

As per our records, there are lots of emulators available in the market, but not all of them run smoothly, so here i have shared top 7 best pubg emulators. With all features and minimum PC requirements so that you can select the best one which suitable for your PC

LDplayer is one of the best emulators for PUBG mobile which and allow you to play the game on PC. This is having many advanced features and is the first choice for the users.

The best thing about the LDPlayer is, it easily reconstructs with the Android OS and allows you to play PUBG on Windows. Despite this, you can also play various other games concurrently.

It also provides several inbuilt tools that are highly beneficial for the game players, as well as APK support, custom control, keymapping for connecting keyboard and mouse as per your desire.

Important Features of the LDPlayer:

And to install this best PUBG emulator download the LDplayer emulator and convert your PC into an Android gaming platform. 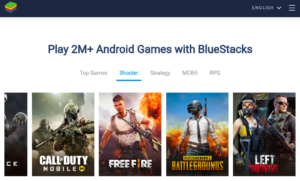 BlueStacks is another best emulator for PUBG mobile and is used by tons of gamers worldwide. well many users are found complaining about this emulator after its latest update despite this, the emulator is known for this better excellence and consistent service.

The best thing about the Android emulator for Windows and Mac is the balanced mixture of power, procession, graphics. This also offers very smooth gameplay even when playing high-end games.

It is also the highly preferred Android emulator when it comes to playing PUBG games on a PC. Moreover, the gamers can also use the gamepad option as it permits the combination of various gamepad features.

BlueStacks is the best emulator and trusted by many gamers to offer you a wide range of games especially PUBG.

And to run this best emulator for PUBG mobile on PC just download it from the official website.

Gaming Buddy by Tencent emulator for Windows is designed by the developers of PUBG and is used by more than 400 million PUBG gamers worldwide.

This android emulator is capable of handling the PUBG mobile and is highly improved to play the game even on the low graphics or low-end Windows PC/laptop.

Also, as per the Tencent PUBG publishers, the emulator was designed to fix the touchscreen control problem on mobile phones.

And the Tencent gaming buddy allows the gamers to enjoy playing the shooter game on the Windows PC with complete control and enhanced gameplay.

The best thing about the gaming buddy emulator is the controls are very well mapped in the keypad and mouse.

And to run this highly advanced Android emulator for PUBG mobile you to download and install the EXE file on your Windows PC.

Once downloaded, the user can pick from various layout they find best and switch from keyboard to mouse control easily. 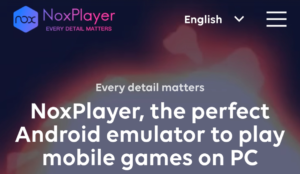 NoxPlayer emulator for PUBG mobile is available for both Windows and Mac and is also popular among gamers.

The main motive of this best Android emulator is to play games and allow you to handle apps downloaded from the third party or outside the PC Play Store.

With this, you can enjoy the gameplay with your Windows system gamepad. Not only this, it allows you to map out the keys or buttons for performing Android functions.

Additionally, this PUBG emulator uses the stock Android version that is established for gaming. The best thing about the NoxPlayer emulator for PUBG is it is available for free of cost.

Here, the gamers also get other features like video recording, capture screenshot from the toolbar window.

And the NoxPlayer is a recommended emulator for PUBG mobile as you get the gamepad features with fast and smooth gameplay.

To run this best emulator for PUBG download the app from the official site in your Windows or Mac system and install it on your system.

As the installing process is complete login to the account using your credential and that’s start enjoying the games. 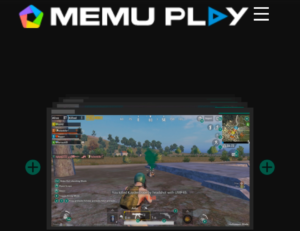 Memu Emulator is the latest emulator but managed to gather popularity among the gamers. The main reason behind the popularity of this Android emulator for PUBG on PC is its wide range of features.

This emulator is packed with various advanced features that offer you smooth and optimized gameplay. Not only this Memu emulator allows virtualization for the PC and offer amazing performance for the dedicated and integrated graphics.

Additionally, the main reason for the popularity of this amazing emulator for PUBG is the mapping feature of the keyboard and it can be modified as per your PUBG gaming requirements.

This can be used without issue on a normal PC and allow the installation of the APK files from the Google play store or simply copying the APK games or apps on the emulator.

The interface of the Memu emulator is highly advanced and easy to use. There are also many other features that make it one of the best choices when choosing PUBG emulators for PC.

To use it simply download the emulator from its official website and install it on your Windows PC. Now you can start enjoying the PUBG mobile gameplay on your PC without spending a single penny.

Remix OS player is famous among most gamers as it is severely optimized for gaming. And therefore, it managed to come on the list of best emulators for PUBG.

You can easily map the keyboard buttons as well as control the gameplay as per your comfort. However, still, the developers are looking to optimize the emulator and inclined more towards gaming.

The interface of the Remix OS player emulator is very attractive but there is a drawback as it won’t support AMD chipset and needs the Virtualisation Technology allowed in the BIOS.

This allows the gamers to make plenty of customization as per the gaming preferences and get smooth gameplay.

Apart from PUBG this also supports various other high-graphic games and have everything needed to play the games on the PC. The gamers can play multiple games altogether, and also support the latest Android Marshmallow version.

If you find this emulator best to play PUBG mobile on your Windows PC then just download the Remix OS player emulator and install it to enjoy playing the games without any hassle.

Well, the Apowersoft Android Recorder is not an emulator, but it works by casting and streaming the Android screen on your computer. As a result, the gamers can stream the screen activities on the PC easily.

The main thing that makes it stand out from the list of other emulators is the gaming stability and better and optimized gaming experience.

With this, gamers can enjoy the smooth gameplay of the PUBG mobile game.

Apart from this, there are other features like a screen recorder and the screenshot option available for gamers.

Now the gamers can easily take a screenshot of the gameplay or record video on their Windows PC.

It is easy to use and you can use enjoy playing the PUBG mobile game on your Windows PC without any hassle or hanging problems unlike other emulators.

Just download and install the Apowersoft Android Recorder now and start playing PUBG or other games.

So, these are some of the best emulators for PUBG that you can use on your Windows or Mac OS.

All right gamers, here my job is done. Now it’s your turn to select any one of the above-listed emulators to play PUBG mobile on your Windows and Mac system.

The emulators listed won’t offer you the fastest and smooth emulation experience. But will be better if you install the emulator on high-end PC with the latest hardware and software and get smooth gameplay.

Moreover, the Tencent Gaming Buddy is one that can be installed on the low-end PC as it is particularly designed for PUBG games. I tried to list down the complete information but again every emulator has its own set of limitations, so use at your own risk.